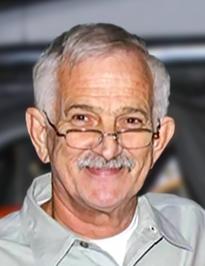 Click on the image to read the Hattiesburg American article.

Furniture Ministry
For a number of years, Westminster has sponsored a Furniture Ministry. It was started by Richard Potin.  Richard found a group of women in need of basic furniture. These were women on early release from prison who were provided a job, a place to stay—but no furniture—not even the very basics. Richard checked for sources of used furniture and found that Strickland’s Furniture had some damaged furniture. When they received damaged furniture from a supplier, they notified the supplier who sent a new piece. The damaged piece was thrown away. Richard would pick these up, repair them and distribute to those in need. The project started to grow—first one rental garage then a second.  Word spread and people started donating used furniture. Soon Richard found that the Ministry had outgrown the two rental garages and the church rented a 10,000 square foot warehouse on 3rd street. A pickup truck was donated and then D’Lois and Lavon Smith donated a large van capable of carrying multiple large pieces. This was great addition.   Word of Richard’s ministry spread and others became involved—Wally Gregg, David Arnold and others. Sharon Potin prepared bedding, tableware and cooking utensils.  Others found chairs, lamps, pictures and even artificial flower arrangements. Word continued to spread and more and more donations arrived—some useable—others needing repair. Charles (Chuck) Brown started an elaborate workshop in the warehouse—where he beautifully and professionally repairs and restores furniture—especially impressive as his career was not in cabinet making but rather that of a college mathematics professor!  In retirement, Richard worked 5 days a week at his furniture ministry. He even worked the same day he took his chemotherapy! Furniture, appliances, bedding, mattresses, cookware, utensils, stoves, refrigerators, bicycles, pictures, cribs, cabinets to name few things, continued to arrive in donations. For his work, Richard received the Volunteer of the Year Award from the Hattiesburg Junior Auxiliary. Richard continued his work until his cancer took him from us.

Those who receive furniture include a wide spectrum of individuals and families in need—victims of domestic abuse (often with their children), floods, fires, and storms, foreign students at USM and more. We network with many other agencies and churches—R3SM, the Salvation Army, the Domestic Abuse Shelter and Christian Services to name a few. Today, working with R3SM, we provided  kitchen and tableware, mattress and box springs, a small sofa, dining room table with chairs, lamps and bedding for a couple in their 70’s who had lost their home in a severe storm. They have been living in their car for nearly a year! R3SM provided a place for them to live and Westminster Furniture Ministry provided furniture. Image how much better they feel tonight! But the warehouse can become rapidly depleted. As an example, we have gone from more than ten desks to one. So remember, when you have furniture, bedding, kitchen ware, working appliances, TV’s, washers, dryers, etc. that you no  longer want, call Martha in our church office and we  will happily and gratefully pick up your donation. Remember Jesus’ saying to us “Truly, I tell you, just as you did it for one of the least of these, you did it for me.” I think Richard is pleased with Westminster’s continued work with the furniture ministry he started. Let’s help keep it going and growing!